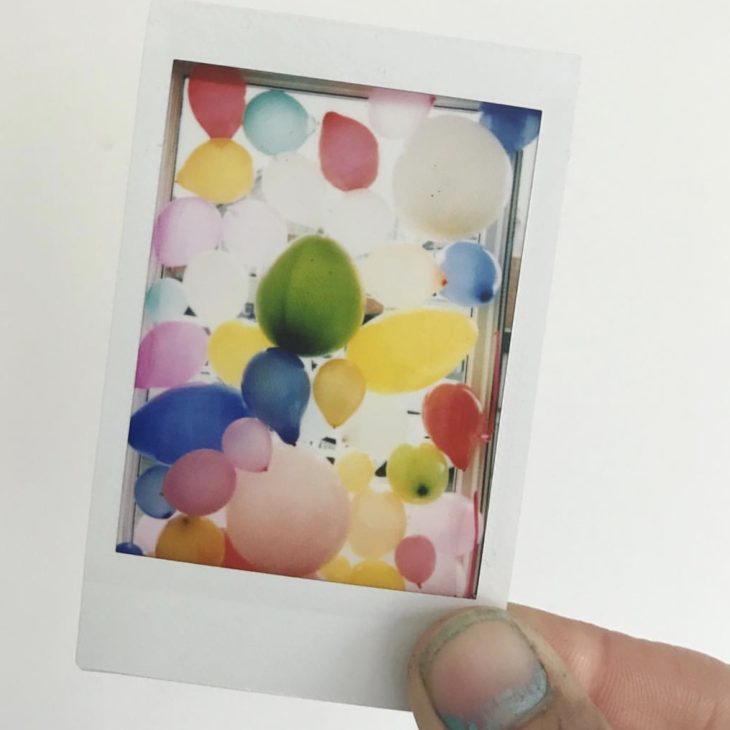 I’d seen on pintrest a couple of years ago, a window full of coloured balloons and it stayed with me as something, if I ever had my own space, I would love to do. So, imagine my joy when the studio not only had one but two great windows at the front of it. Oh what to put in it for the first opportunity whilst I scraped the gunk off the concrete floors that I was sealing… balloons of course! The pump thing I bought didn’t work so it was manual labour only. My lungs had a great work out and the dizzy spells were so worth it. The joy these silly colourful bobbling bits of air, gathered in a net in a window made everyone walking past feel. The kids taking photos in front of it and the questions I had when it finished were just wonderful. Balloons are happy things, I even managed to control my fear of them to make this window as I knew it was going to look so much better than my fear did (I actually come out in a cold sweat when I’m near them as I know someone is going to make the damn things pop and I’m going to be transported back to those ruddy kids parties where everyone burst the balloons in glee and I cried in fear and sadness). As the space is a studio and gallery I couldn’t resist the Art for Arts Sake tag in the window too, it made me chuckle. I think at some point I’m going to have to do something like this again as it made so many people smile and frankly, who doesn’t want to make people smile?